Objects not for sale

Etymology
The origin of the English word gun is presently considered to derive from the name given to a particular historical weapon. Domina Gunilda was the name given to a remarkably large ballista, a mechanical bolt throwing weapon of enormous size, mounted at Windsor Castle during the 14C. This name in turn may have derived from the Old Norse woman’s proper name Gunnhildr which combines two Norse words referring to battle. In any case the term gonne or gunne was applied to early hand-held firearms by the late 14C. or early 15C. A gun is a normally tubular weapon or other device designed to discharge projectiles or other material. The projectile may be solid, liquid, gas or energy and may be free, as with bullets and artillery shells, or captive as with Taser probes and whaling harpoons. The means of projection varies according to design but is usually effected by the action of gas pressure, either produced through the rapid combustion of a propellant or compressed and stored by mechanical means, operating on the projectile inside an open-ended tube in the fashion of a piston. The confined gas accelerates the movable projectile down the length of the tube imparting sufficient velocity to sustain the projectile’s travel once the action of the gas ceases at the end of the tube or muzzle. Alternatively, acceleration via electromagnetic field generation may be employed in which case the tube may be dispensed with and a guide rail substituted.

The first devices identified as guns appeared in China around 1000AD, and by the 12th century the technology was spreading through the rest of Asia, and into Europe by the 13th century 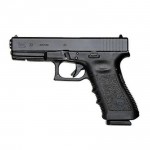 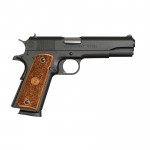 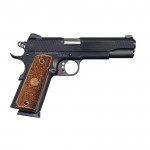 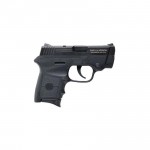 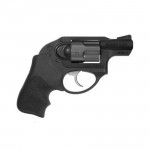 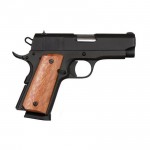 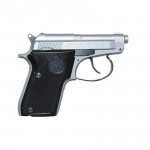 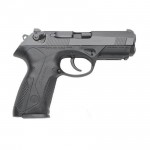 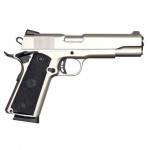 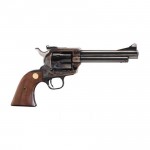 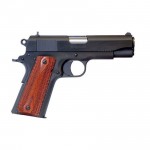 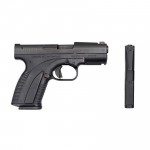 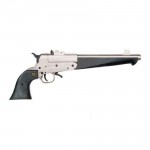 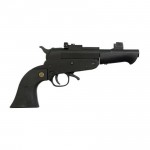 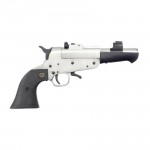 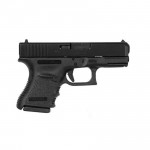 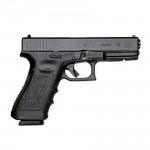 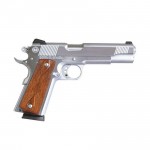 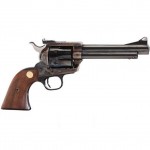 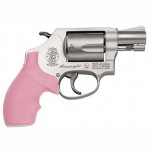 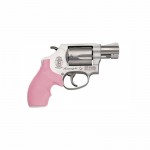 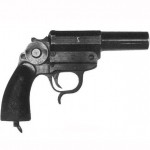 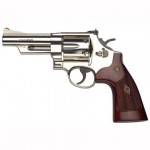 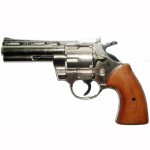 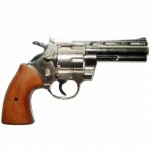 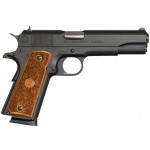 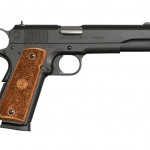 The story of a gun: Serial number MPX753

It’s not an unusual story. This gun is no different from thousands of handguns just like it. This gun, a 40-caliber Glock sporting the serial number MPX753, was made for a deputy.

But it ultimately ended up in the wrong hands. This gun was used to shoot and wound two people on the streets of Boynton Beach. Its final stop was with a 22-year-old woman, who used this gun to shoot herself in the head.

Over four years, this gun traveled more than 5,000 miles, crossed an ocean and touched at least a half-dozen lives in Palm Beach County in ways no one ever thought it would.

That’s when it ended its 5,000-mile journey from a factory in Austria to the Glock distributor in Smyrna, Ga. There, it was packaged and sent to the Palm Beach County Sheriff’s Office — part of a fresh batch of 1,500 Glocks ordered by the sheriff to rearm his deputies.

Serial number MPX753 eventually landed in the car of Deputy William Hodge, of the traffic division.

In the middle of night, someone had smashed the windows of his Dodge in the Central Park neighborhood of Boca Raton. The burglar took everything inside: a pair of handcuffs, a badge, $250 cash, some credit cards, a bullet-filled fanny pack — and the Glock.

Several witnesses told the cops they saw a large white van drive out of the neighborhood. It left behind nothing but shattered glass.

People were in the road when the driver stuck a gun barrel out the window and pulled the trigger.

A woman took off running. A man hit the ground and took cover. The bullets missed everyone. But police determined they were fired from a 40-caliber Glock.

Police arrested a 22-year-old man named Willie Hardimon and accused him of the shooting. The police never found the gun. The State Attorney’s Office had to drop the case.

And the gun went on its way.

She showed up at the hospital with two holes in her leg.

A bullet had ripped through the 22-year-old’s calf and broke through her shin on the way out. Doctors at Bethesda Hospital sent the woman to emergency room #17. That’s where she shared her story with detectives:

It had started with necklace.

About 4:30 p.m. on Nov. 9, 2011, the woman had to get back a fake designer necklace from a man she knew in Boynton Beach. The necklace dangled from his neck, but he refused to give it back. He punched her in the face and split her lip open instead. The woman got up and ran off.

Later, as she walked down the block with friends, a burst of gunshots echoed through the streets. The woman took a bullet in the leg. She didn’t see who shot her; the bullets seemed to come from nowhere.