→The increasingly “cloud-based” nature of collecting is a trend I’ve been following, and I’m not alone. Netherlands-based designer Lucas Maassen and Raw Color question the meaning of “ownership” in the virtual world with their project D/struct.

Music and movies are detached from their physical carriers and can be borrowed or bought from shops and digital libraries. This restructuring is now beginning to manifest in the world of physical product. The technology of 3D scanning and 3D printing causes a decoupling of the shape of the product and the material from which it is made.

D/stuct takes the freedom from form we’ve granted to music and movies and extends it to downloading objects.

For D/struct, they collected 60 plastic objects and through 3D scanning and printing techniques, they “exhaustively detached the objects’ designs from the materials they were made of.”

After music and film it is about time to trade other products in the digital realm. Their shared conceptual-aesthetic approach led Lucas Maassen and Raw Color to research how a physical product can function in a digital environment. How one could acquire it via digital structures. And which opportunities it could offer the consumer. For the project D/struct they collected 60 plastic commodities. Using 3D scanning and printing techniques, they exhaustively detached the object’s design from the material it was made of.

Resultingly, they came to a new product. Maassen and Raw Color put the intriguing little bags up for offer on www.d-struct.nl. Containing the pulverized matter of the selected product. Goodbye original. The buyer receives a complete 3D-scan of the chosen object along with the package. As such encouraging him to trace the route back to the original. In order to reconstruct another version — or endlessly come up with other versions and variations — of the shattered original using his own 3D-printer.

If, for instance, you’d buy ‘Ray Ban sun glasses’, you wouldn’t just get a pair of sunglasses. You’ll get it in pieces, in a bag, which is displayed on the website. These bits are the material remains of the sunglasses, which D/struct scanned. The bag comes with a digital code to download the 3D-scan in high resolution. It also gives access to high-resolution images of the glasses from various perspectives. Providing the information for you to get to work. We’re not even discussing copyright issues anymore. You couldn’t distinguish the real Ray Ban from yours anyway… As goes for the iconic ‘Duplo brick’, the ‘Ikea lamp’, the ‘Swatch watch’…← 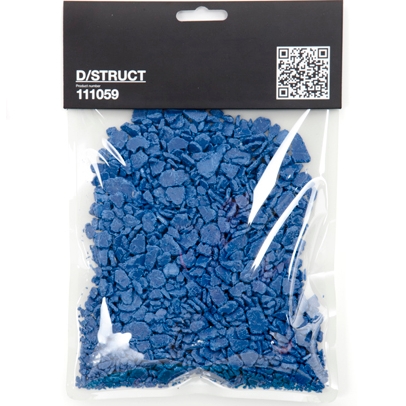 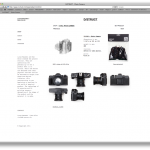